Tyra Banks, model and creator of the reality TV show for aspiring models America’s Next Top Model, was photographed getting her smooch on in a restaurant with photographer Eric Asla. 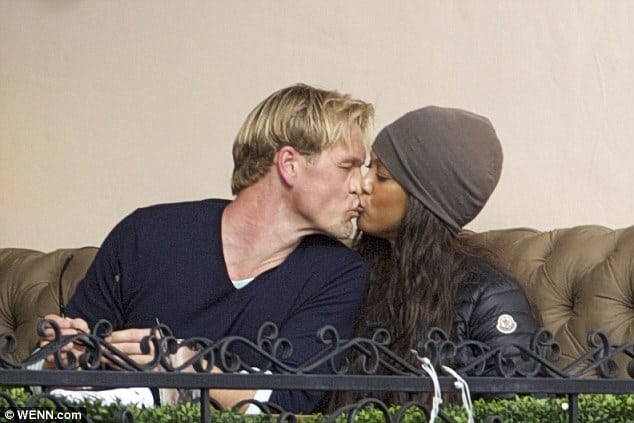 After their romantic lunch date that included plenty of kissing and whispers, they took a stroll.

Asla is Norwegian and after he left Europe and came to the US he was successful enough at his trade to become an assistant to famed photographer and video director Herbert “Herb” Ritts. Since his assistant days, Asla has had images published in such publications as Allure, ELLE, Glamour, The New York Times, and Vogue. Eric resides in Los Angeles and has 3 daughters.

The romance with Asla appears to be the first relationship that was serious enough for Banks to go public with since the end of her 4 year relationship with banker John Utendahl. Tyra was seen on what appeared to be a date with rapper Drake some time ago, but clearly that May-December relationship didn’t last (if it ever even seriously got started).

Banks is 40 years old and although currently childfree has said in the past that she wants marriage and children. Perhaps Asla is The One to make those hopes a reality.