Okay so we all know that Kanye West and Kim Kardashian FINALLY tied the knot this weekend in Florence, Italy. I for one am glad the whole fiasco is over. But… 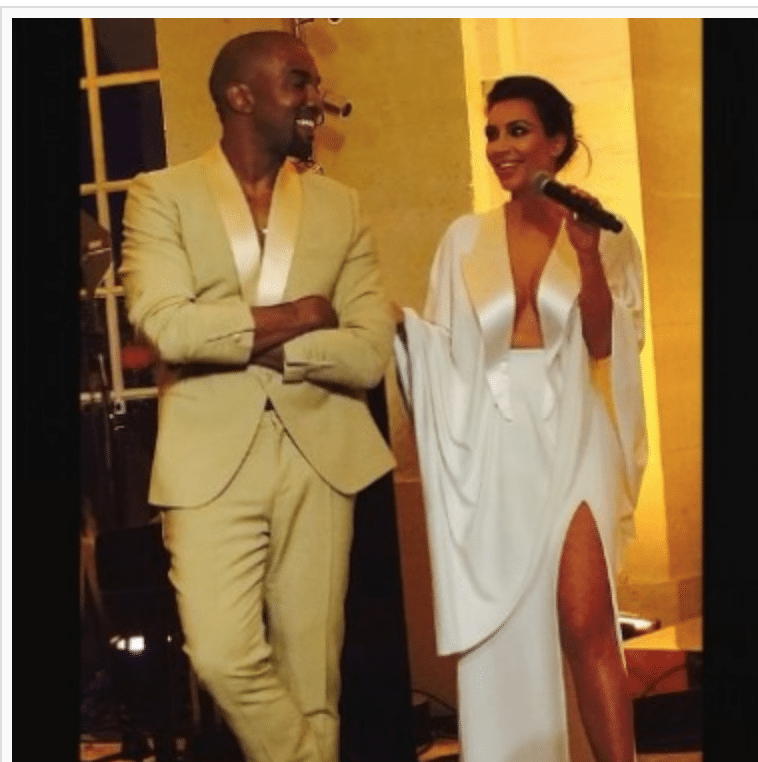 I’m sorry I just can’t help point this out. Kim had Kanye’s baby before they were married…no big deal these days, considering the out-of-wedlock rate in the black community is hovering at around 80% and that happens in Hollywood all the time. What is notable is that with those horrible stats, Kanye still married his baby’s mom. I’m guessing they married for the reasons most people do–to legitimize their union, and by extension, legitimize their daughter, the super-adorable but unfortunately named, North West.

I just have to point the obvious here. The message is that you can be a complete hoe-bag, have a sex tape, be married to a baller for five minutes and conceive a child with another man and that man will still consider you wifey material…as long as you’re not black. This is not just conjecture. The black marriage rates are already the lowest of all races, the 43% of black men who do marry, marry non-black women 20% of the time. Moreover, a black woman absolutely could NOT get away with that kind of behavior and still have black men clamoring for her. Would. Not. Happen.

Would a black woman with those credentials be held to such high esteem, with her man lobbying the biggest fashion magazine (Vogue) in the world to acknowledge how awesome he thinks she is? No. Yet when black women form their lips to cry foul regarding the legions of men who have shirked marriage and often leave them with babies to raise ALONE, they’re called bitter and crazy. We’re told we didn’t choose well, and our unhappy situation is completely our fault.  Nobody wants to acknowledge how women of other races are constantly elevated above black women by the very men who look like them.

I want to be clear. I’m happy North West’s parents got married. And I also think Kim is incredibly beautiful. But the double standard here is just so glaring I can’t ignore it.

On the upside,  I’m relieved there are so many black women seeing the writing on the wall and going their own way and giving up on people who insist on them giving them everything with little to no respect or reciprocation. So congratulations, Kimye. Black women are ALSO deserving of respect, elevation, promotion, marriage (if they want it) and pluged-in fathers for their children.