Guests of the Inner Sanctum

TRJ on, “No Need For Permission: Because Sometimes You Have To Remind White Folks…”

I thank my grandmother, Ethyl Hill , for the fire she sparked in me via childhood conversations held over hot lemon tea, Lady Finger cookies and episodes of the Price is Right.

She’s the person I attribute to making me into the critical thinking, take no prisoners, antagonist that you see before you.

My grandma, Ethyl Hill, was an English school teacher born and raised in pre-segregation Alabama. She told me stories of “For Whites Only” water fountains, of her being disrespected by White children with no regard for her age or social statute, and the general feeling of walking on egg shells that was part and parcel for those living with brown skin.

She also told me that she couldn’t stand living under such subjugation. So when a chance came for her to do something about it, she did.

Dr. Martin Luther King, Jr was only a name to my four year old ears, I know he wanted ‘change and he wanted to use peace’. I knew he was a pastor and he told everyone to stop riding the bus because Black were made to ride in the back of the bus. I didn’t understand, I hadn’t yet rode a bus to know who sat where, but he seemed nice. She spoke highly of him and I know he was a young, Black man.

Grandma made it clear that she more agreed with Malcolm X’s theory of violence as an appropriate response to the type of oppression being suffered by the Blacks, but his movement, based in Harlem, NYC, was too far for her to participate.

Thus, my grandmother worked as a volunteer in the movement that would become the Alabama bus boycott.

My tiny, fragile, fiery grandma stood her ground against police dogs, water hoses, and being spat upon. She ran through the streets in mobs away and towards people willing and able to kill her because she dared to exert her right to ‘be’ equally.

My grandmother proudly donned handcuffs and spent time hoarded in jail like an animal, grateful for the opportunity to wear shackles in hopes that the end result would set all people of color free.

When I write, I refer to non-whites collectively as “People of Color”. I was taught to do as a child, prior to attending school with the White children and learning their version of what is called HISTORY. She told me I would go to school and learn of Black people as slaves and the White man’s version of history where he presents himself as the hero and savior of the world.

Grandma told me many of these stories would be twisted and false; she warned me that these lies were meant to trick me into thinking that I, as a woman of color, am less than what I am, but the only person that can convince me that I am less than I am is me.

She told me stories of scholars such as W.E.B. Dubois, who found no use for religion and encouraged Black/Brown people to become educated. Not only did I know what the ‘talented tenth’ was, I was raised to believe I could leap over any bar set before me if I worked on achieving my goal.

Grandma told me to speak my mind when I knew the truth; she encouraged me to use my intelligence to figure out what was the best opposition to what I would face in my life.

The White man has many tricks, and I should avoid that which makes people easily manipulated, namely, drug/alcohol abuse, jail/imprisonment, and a willingness to remain ignorant.

“Once you put something in your head, no one, and I mean, no one on this Earth can take it away from you”, I’ve been sure to put plenty of ‘things’ inside of my head for safe keeping, but knowing is only half the battle.

A voice is a powerful thing, and sometimes that power requires using it, because knowing better doesn’t change anything collectively unless knowledge is shared. We can’t achieve anything if those of us know know better, or see a better way remain silent.

What of the slaves that risked their lives teaching others to read?

What of Harriet Tubman, who risked her life repeatedly to sneak slaves out to freedom-land?

They killed Martin Luther Kind and Malcolm X for wanting equality, but we wouldn’t have this much if they didn’t speak what they knew to be the truth.

See, Miss Hill was light, bright, and very, very white, was a full blooded Cherokee Indian, whose perfect diction, annunciation, pronunciation, and Southern Bell demeanor was razor sharp, allowed her to observe the treatment of Blacks from a distance, had she chose to.

Hair braided in two long plaits on each side of her head or tucked into a bun, she said she couldn’t sit by and allow the Whites to do to the Blacks what they did to her people.

Confused, I wanted to know who her ‘people’ went.

“Gone”, was the first answer, never good enough for me.

“The Red people, the original American’s, the sand colored race, the Natives of this land. They’re not many of my people left, the White man killed them all and they’ll do it to the Black man if he doesn’t stop him. We didn’t stop him.”

How angry can a four year old get that some ‘White man’ was fucking with her dear, old Granny?? I promised her that I wouldn’t let that happen. I’d fight the White man so he wouldn’t kill her people or anyone else ever again.

Who the HELL hit my Grandma!? *looks around*

“The White man is evil, because you can’t see him. Some Whites are jealous and evil and they will kill you. But some Blacks will do the same. Some Asians people will do the same. Color doesn’t make you evil. There’s good and bad in every race. But when someone can only feel better by making you feel bad, then you keep an eye out on him. My people didn’t fight and trusted the White man and he’s killed almost all of us. One day there won’t be anymore of my people.”

When someone wants you to be less than what you are only so they can THINK they’re better, you have a duty to your family and yourself to be all that you are. You are free to prove them wrong, no one is better than you. We’re all the same flesh and blood.

I fought so that you can be everything, and anything, just like anyone else walking this Earth. No one man is better than another unless he chooses to be lesser than. Don’t let no God, no school, or nobody tell you differently”.

I haven’t stop speaking out since she told me it was my right, choice and option to do so. My mouth and outspokenness have duly been noted in classroom, Principal’s offices, Offices of various University Department Deans and so forth….I don’t know if she intended to make me into such a trouble maker.

As the woman who would raise up off her walking cane, stare you down and beat you with a beautiful soliloquies of words of correction, challenge and awareness, I’m almost sure she’d appreciate my rebel spirit.

I never witnessed my Grandmother raise her voice. I never saw a neck swirl. I never heard a swear word fall from her lips.

But I did stand by ‘not touching anything’ while she ‘had a word’ with the White people front and center to mention her lack of appreciation for the extra attention spent on following, she, my mother and I, as we shopped in their store.

She ‘had a word’ with the manager of a store as she noticed the cashier added a phantom tax to my mother’s purchase (a Black woman) that did not appeared on her own (a perceived White woman) purchase for identical items.

See, my Grandmother realized that though some people may share their racist sentiments, they didn’t want to risk a public scene that may include the remaining nice customers (sensitive Whites with expendable cash) to dash away from an ugly ‘race’ incident that included hustling the customer. Bad PR move!!

“What did you say to those people, Miss Hill?”

“I didn’t say anything wrong….But sometimes you just gotta remind White folks that you aren’t stupid.” 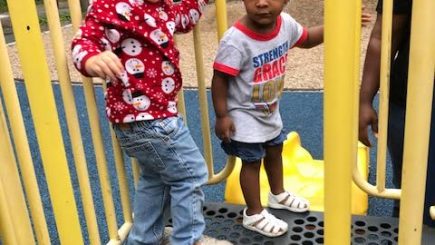 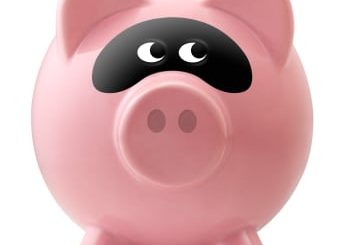 Were You Aware of the Federal Cyber Bree... 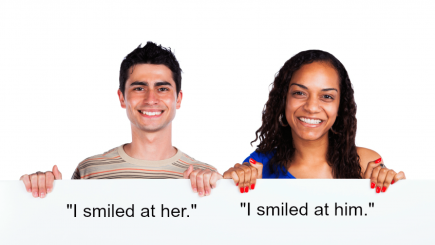